The power of the bike is endless. We’ve all heard and read it before.  We’ve seen it in millions of Instagram posts, blog posts and in countless Bicycling Magazine articles. I’ve thought and believed the bicycle to be an incredibly empowering, freeing and people connecting tool since the day my father let go of my seat and I was riding without any assistance; finding balance and momentum working seamlessly to move me forward.

The other night Pamela and I attended a Pearl Jam concert at Fenway Park – a bucket list item for both of us. As tried and true New Englanders and life long Pearl Jam fans, the concept of seeing PJ at Fenway was “pinch me” worthy, served with a healthy dose of anxiety for Pamela. The dose of anxiety was something that was always front of mind when I called in the golden ticket favor to our friend Graham. 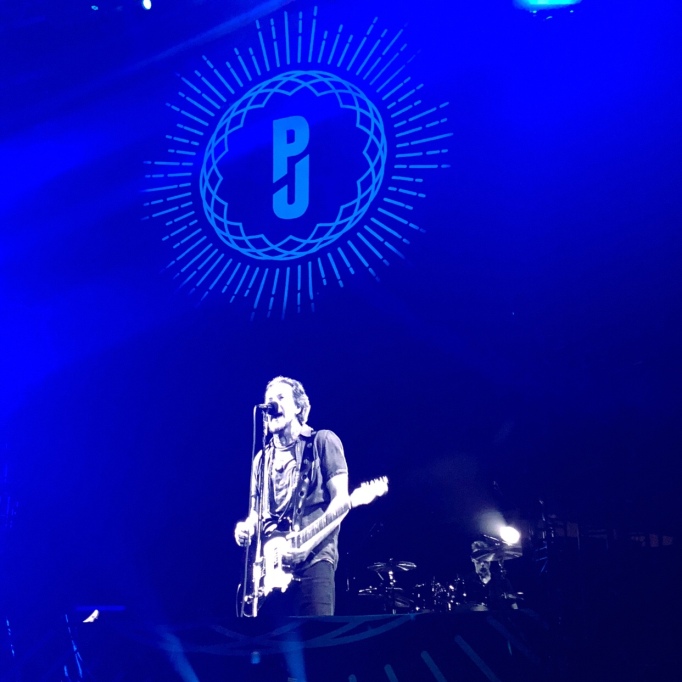 We met Graham while riding our bikes three years ago, during our 16 months of living #VanLife. Pamela and I rode our bikes from Cape Cod to Maratha’s Vineyard, via ferry, where we rode around the island and ferried then back to Cape Cod.  It was our “Martha’s Vineyard Century” and a fun adventurous 100-mile day.  On the ferry ride back we met Graham. He approached Pamela and I as we held our bikes ready to disembark.  Graham saw my Carolina blue Rapha climber cycling shoes and wanted details on what, where, when, etc. We exchanged cordial pleasantries, Instagram handles and talked bikes, Rapha apparel, shoes, Van Life, daydreams and New England. 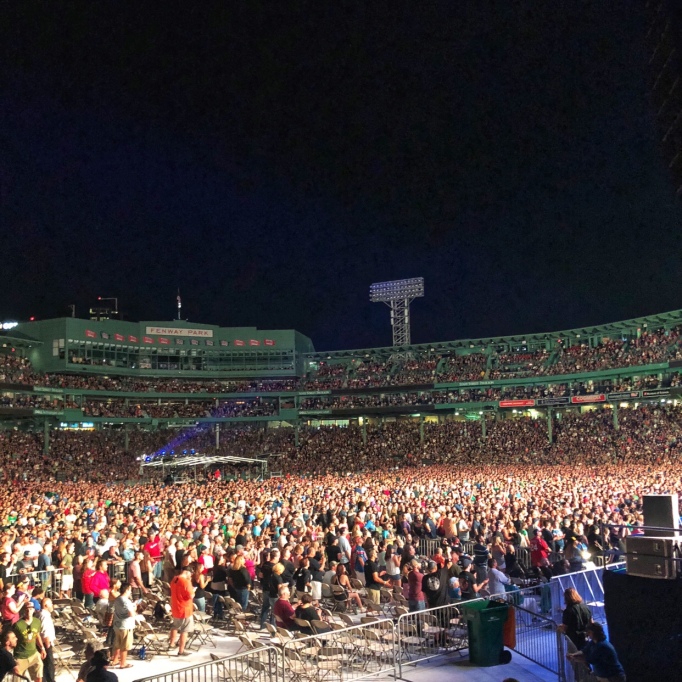 As Rapha ambassadors we had a few discount codes to give to people with whom we had great conversations and encounters. We took a photo of one of the codes and sent it to Graham via Instagram direct message. Some could say we’ve been together ever since.  He happily and proudly purchased a pair of Carolina blue Rapha climbing shoes! Since that ferry ride, a conversation started by and center around bikes, a dear friendship has grown.

Back to the show…

Ever since the unthinkable took place at the 2013 Boston Marathon (when I was running and Pamela was across the street from the second bomb), we haven’t done big crowd events and we’ve sort of kept downtown Boston at arms length.  That day left Pamela with very real crowd/public space anxiety.  Getting these tickets and going inside Fenway was a ginormous step for Pamela.  I was conscious of the setting and Graham was respectful of Pamela’s anxiety when acquiring tickets, offering us options for box seats vs floor.  The standard ball game security measures were in place for the show and it helped Pamela be at ease with the surroundings and crowd. Prior to the show Fenway Park was showing emergency exit procedures and the closest exits to your seating area, similar to being on a plane.  These 90 second videos, realizing she could see the street outside/her escape route the park from our seats, helped calm her mind while adding a layer of comfort to an anxious mind. 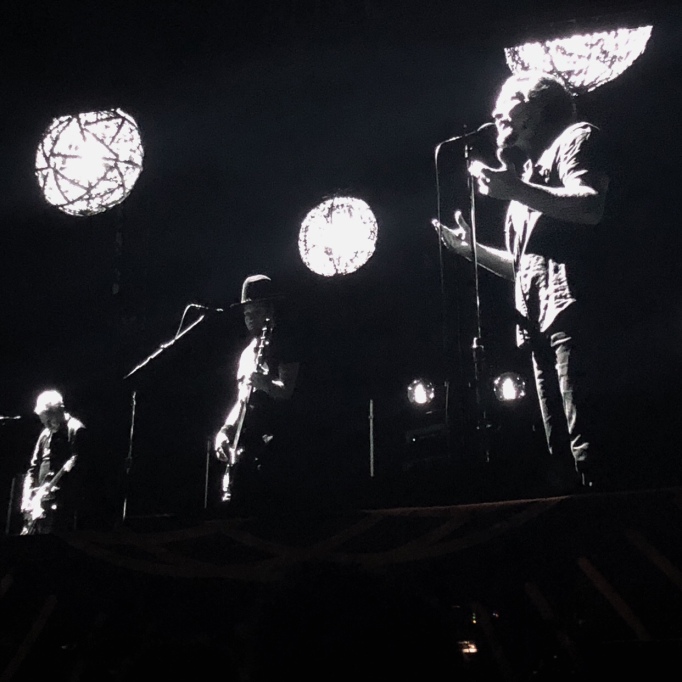 As Pearl Jam took the stage and began to play, the energy in Fenway Park rivaled that of a playoff game between our beloved Res Sox and Yankees, generating goosebumps that spread across my skin like a wave. I kept one eye on Pamela watching for a tell while the other took in the scene around me. The second song in PJ’s setlist was “Release”.  As the notes from the instruments and Eddie’s voice resonated within each person in the stadium, Pamela’s muscle memory involuntarily engaged in a smile as big as the day we got married. In that moment I saw Pamela free of anxiety or thought.  I saw my wife as pure as could be, happy, carefree and thoughtless. As I watched her move, smile and be, I embraced my emotions and let tears of joy and calm stream down my cheeks as I smiled and moved with the music with thoughts of thanks to Graham for helping bring this moment to Pamela. 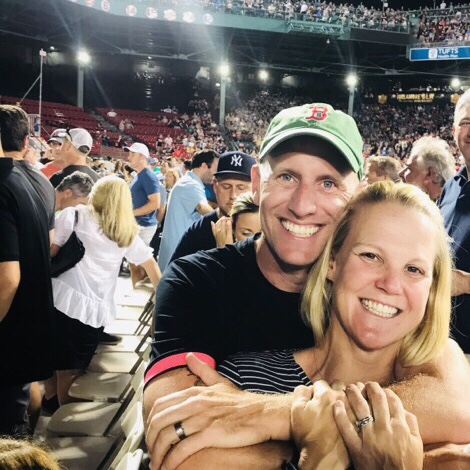