Transition: the process or a period of changing from one state or condition to another.

Since we officially came off the road in June, many people have asked me how it feels to be back in Boulder. The truth is that I have no idea.

I was only in the house for one hectic week before I flew east to help my mom with bladder removal surgery (screw you, cancer). I retuned a month later, but only for about 3 weeks before we drove back east for our annual time in Maine and on Cape Cod with our families. During those three weeks it was great to see everyone but I was truly overwhelmed by continuously being asked, “So, how does it feel to be back?” I simply don’t know. I don’t know because I haven’t been “back” long enough. Even as I type this I’m in Massachusetts w my family and planning our return to trip to CO for mid-September. I also don’t know how it is to be back in Boulder specifically because it feels temporary at the moment. We don’t have plans for it to be temporary, as I am launching a business and Jon is sinking his teeth in to another layer of his budding career of doing basically everything, but it feels temporary. As a result of the unknown emotions associated with returning to Boulder, I’m craving September. I need routine. I either need a solid routine from a stationary house within our community OR I need to get back in the van STAT and comfortably settle in to the routine that comes with van life. However, financially we have to be still for a moment and thus comes my craving for September. It’s time for my new year to start.

The calendar tells us that a new year begins on January 1st, but every inch of my mind, body and soul does a hard re-set in September. We’ve been threatening to hit pause from van life for a while and this September that will inevitably happen. Jon is starting massage school and I’m starting my own physical therapy business. Our long term goal is to continue to live life as a series of mini-retirements (i.e. several prolonged van life episodes), but in order to do that, we have to pause and earn a buck and be physically grounded for a while. At least that’s how it seems at the moment.

Obviously this association of new starts in September began back in my school age days. Summers lead to the month of August at the Cape, after which we would head back up to the north shore of Massachusetts and get ready for school to start some time after Labor Day. As a result, ages 5-21 were dictated by a “new year” starting in September, but it didn’t end with college graduation. Every apartment lease I had in Boston started and/or renewed in September. I was only out of college for about two years before I decided to go to graduate school to become a physical therapist, which was preceded by a backpacking trip in Thailand in Sept 2001. Following that trip I spent quite a bit of time taking pre-requisites for graduate school, which were centered on a fall start schedule. During graduate school, the years of 2003-2006 each started anew in September as a new semester started and summer internships concluded. After grad school I moved from Boulder to Boston in October (close enough) where, again, leases were in September.

And then there was Jon. Technically, while some would argue we started dating the moment we met, our first official date was in Sept 2010, approximately three years from our initial meeting.  Football starts in September. We got Penny in September; ok fine that was October too but again close enough.  As I write this I’m wondering why I ever cared about a proper New Years Eve in my life because the rebirth, reset, refocus, renew clearly starts in the fall for me.

Fall is a literal and emotional transition and it compliments my internal calendar  perfectly.  I’m eager to welcome my most favored time of year. The mere exercise of writing this is a blatant acknowledgement of the “reset” that I’m craving.  And so, I will happily celebrate my Mum’s 70th birthday with her today, on August 31st, celebrate the flip of the calendar tomorrow and look forward to driving back in to Boulder in about 10 days with the renewed vision and focus that only September can bring for me. 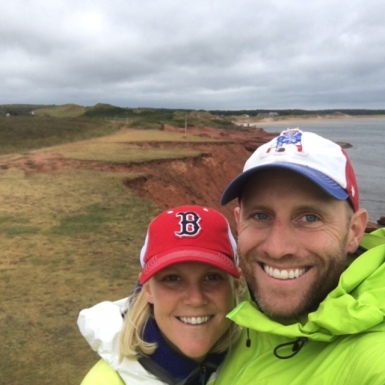